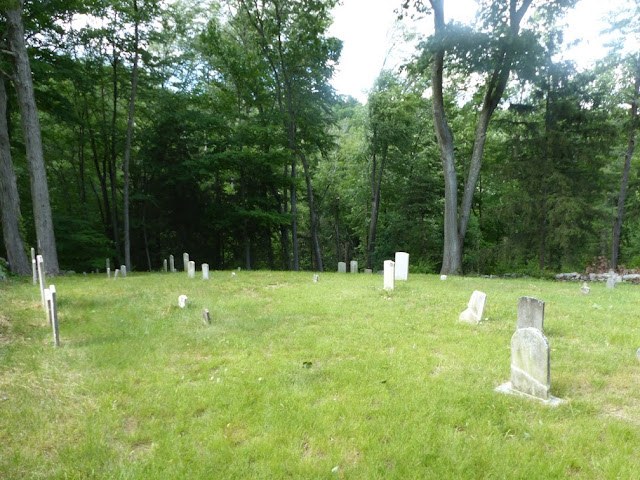 Those of you who are long-term readers of this blog may remember my spring 2014 obsession with Chestnut Ridge, the lost hamlet. Long story short, this small community of shoemakers was settled sometime around the Revolutionary War, began to decline in the late 19th century with the encroachment of industrialization, and was finally bought out by Arthur W. Butler, a banker who converted the area into a sprawling estate. Virtually all of the farmsteads were destroyed, along with the Chestnut Ridge Methodist Church, and even graves were moved from the former hamlet into Oakwood Cemetery. However, one cemetery remains in its original location and is now part of a nature sanctuary. 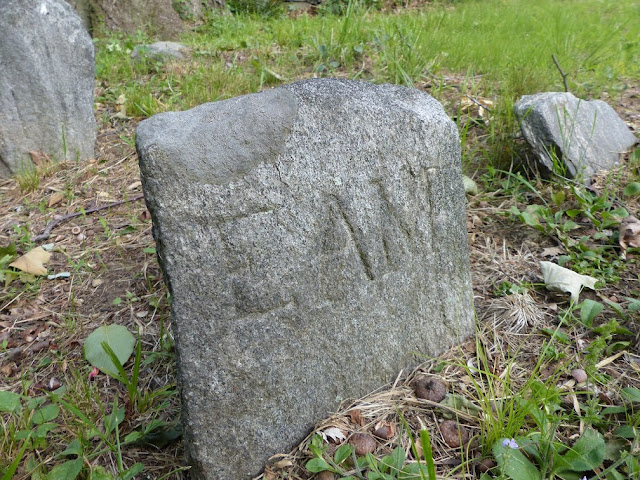 The dated stones date from 1824 to 1915, but many of the roughly shaped fieldstones in the cemetery are likely older. Most of these stones are not inscribed at all. The stone above, inscribed with the initials E. A. M., is an exception. The "M" likely stands for Moore, a common name in Chestnut Ridge.

The newer stones are marble, such as this obelisk, located in the corner of the cemetery. 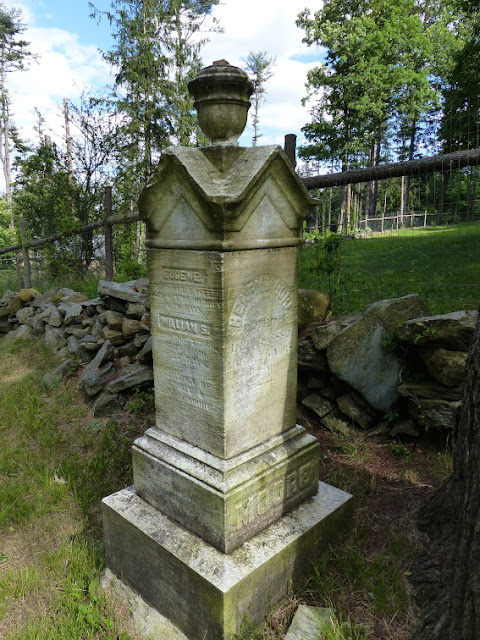 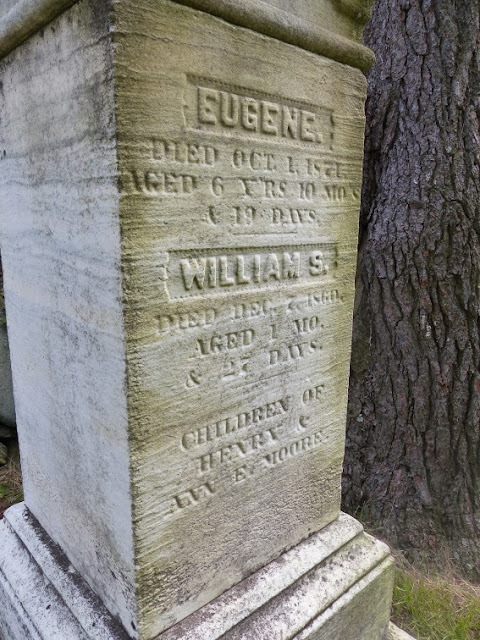 While the story of Chestnut Ridge is tinged with sadness - an entire community churned under the wheels of industrialization and Gilded Age splendor - it has a somewhat happy conclusion. Thanks to Butler's widow, Anna Foster Robinson Butler, the area that was Chestnut Ridge is now accessible to anyone who wants to enjoy it. The trees have reclaimed the old farmsteads and pretty much obliterated any visible remains of the old community, aside from the stone walls, which still jag through the forest, sometimes at impossible angles. 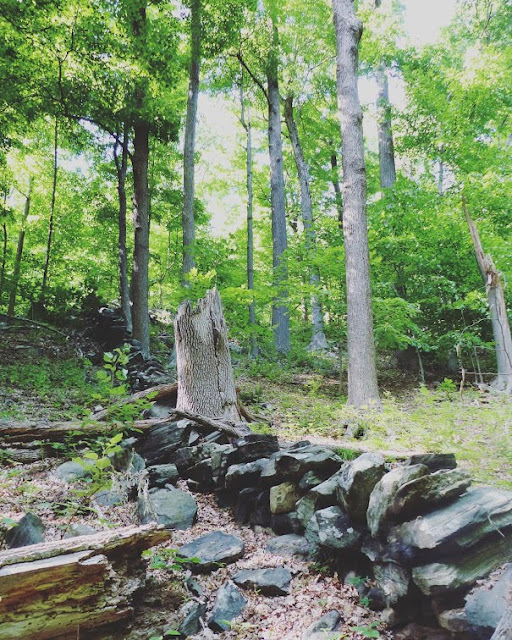 It's a good place to go if you're interested in nature photography, particularly of wildlife. I was a little on edge as a bear was spotted in town a few weeks ago - not in the sanctuary, but on a residential street! But we managed to avoid the bears this time. Instead, we saw a red-winged blackbird and a red squirrel (photographed by my dad). Note the red theme - what could it mean? 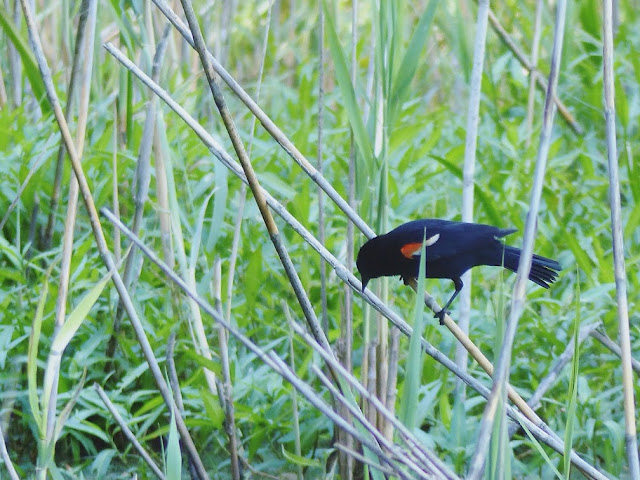 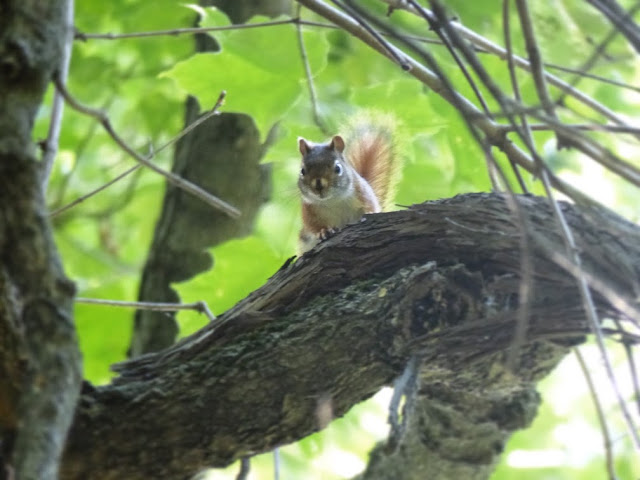