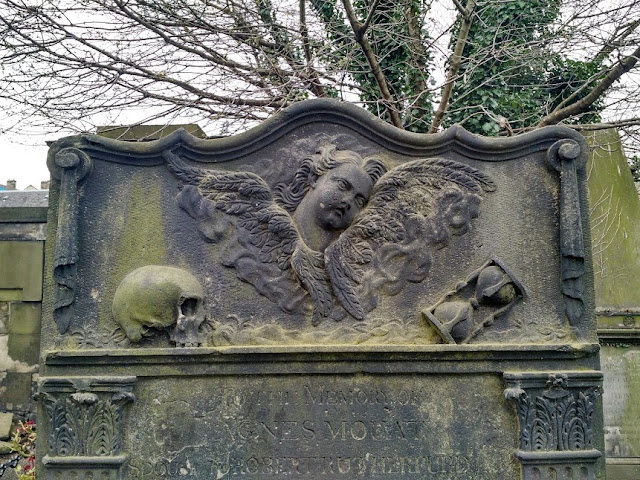 Canongate Kirkyard, located on the Royal Mile, is the final resting place of Adam Smith and Robert Fergusson, as well as many other less famous people. Above is the gravestone erected to Agnes Mouat, spouse to Robert Rutherfurd (the 18th- and 19th-century Scots were apparently fans of the gender-neutral designation "spouse"). There's a skull, a toppled hourglass, and what is presumably Agnes's spirit rising to heaven in the form of a winged head.

It's cool to visit famous people's graves, and to see the accumulation of offerings, but I like ordinary people's graves best. In Scotland, I'm most fond of graves that show the deceased's trade. The stone below was erected to the Society of Coachdrivers in Edinburgh, and shows a coach driving over a bridge. Edinburgh, of course, is a city built on hills and bridges between them. 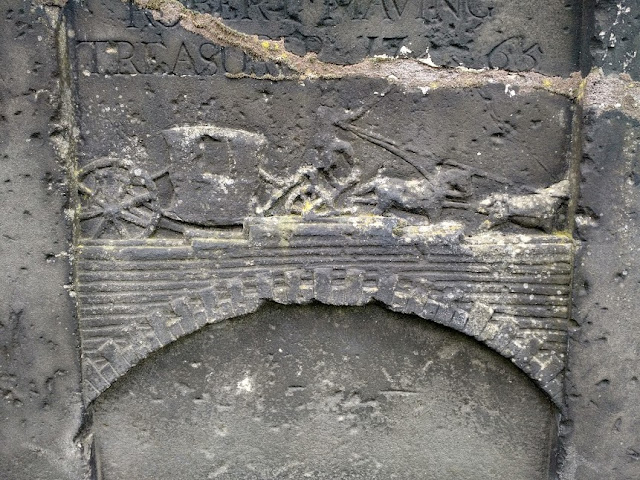 I liked the looks of this unusual cut-out gravestone, commemorating an infant. 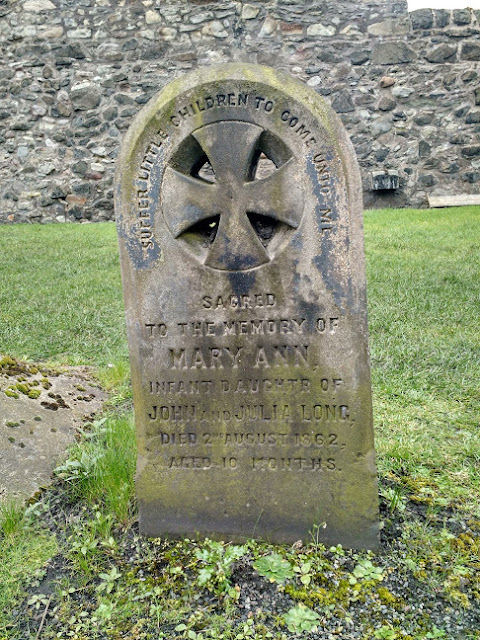 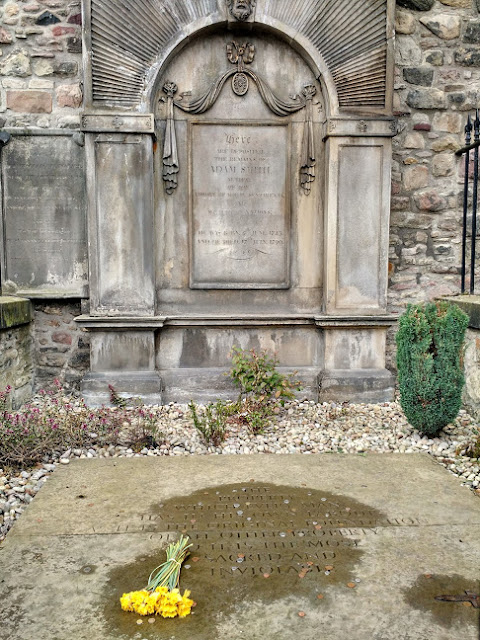 Looking out the back of the kirkyard, you can see the Nelson Monument standing on Calton Hill. 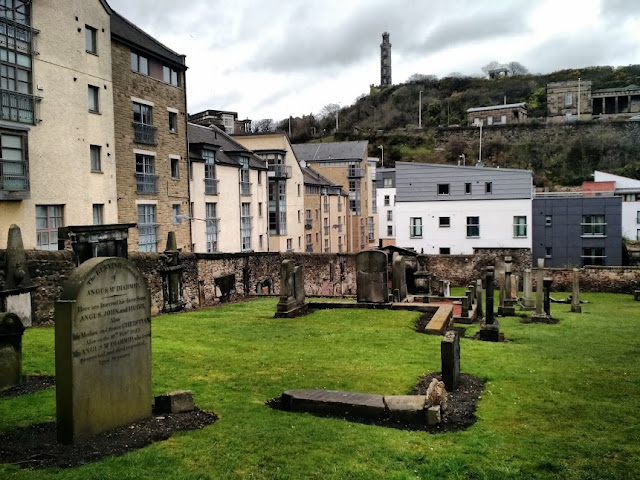 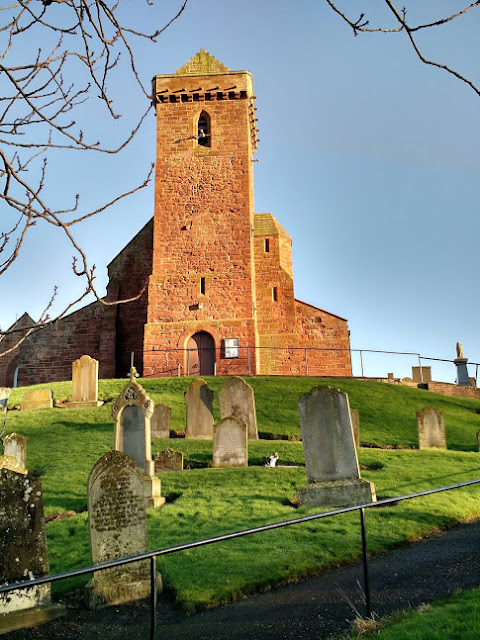 I visited this little burying ground on a hill a little less than a year ago. The hill is thought to have been a Pictish religious center - several dozen Pictish stones and architectural fragments were incorporated into the 12th-century church, and have since been recovered and incorporated into the St. Vigeans Sculptured Stones Museum (which I did not get to see, unfortunately).

To me, of course, the most noteworthy aspect of the site was its friendly resident cat. Perhaps it was attracted by the fishes on one of the gravestones. 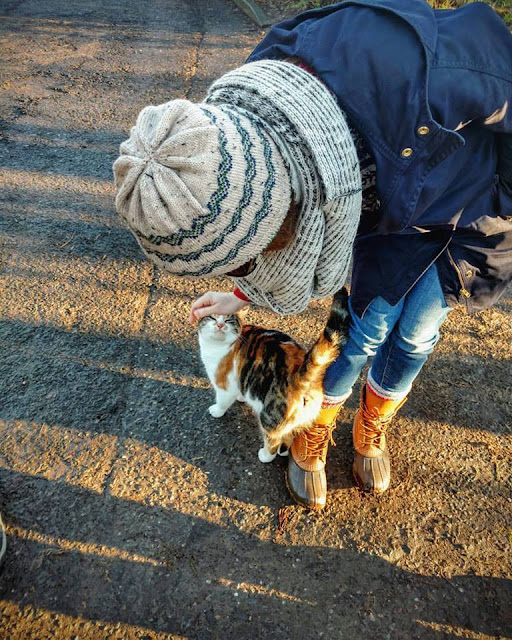 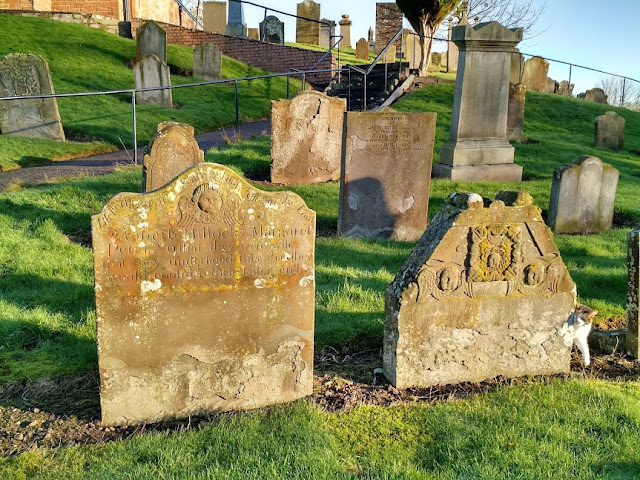 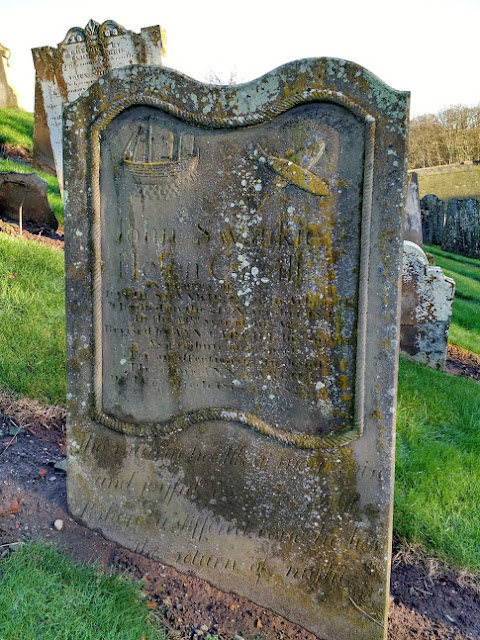 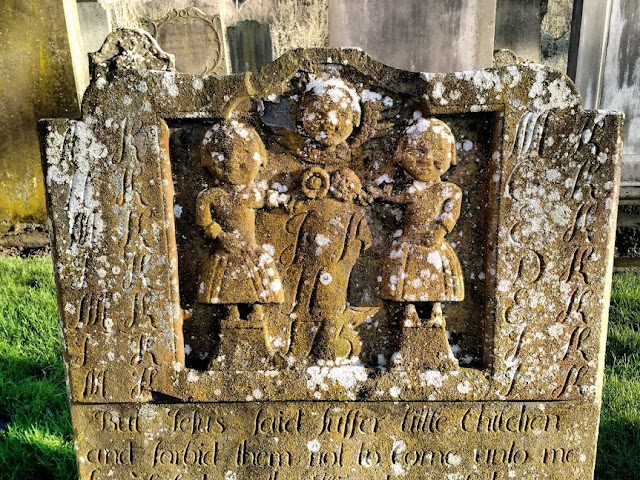 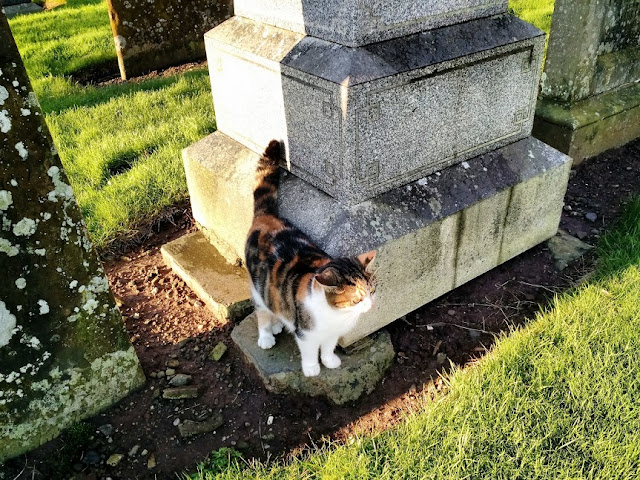 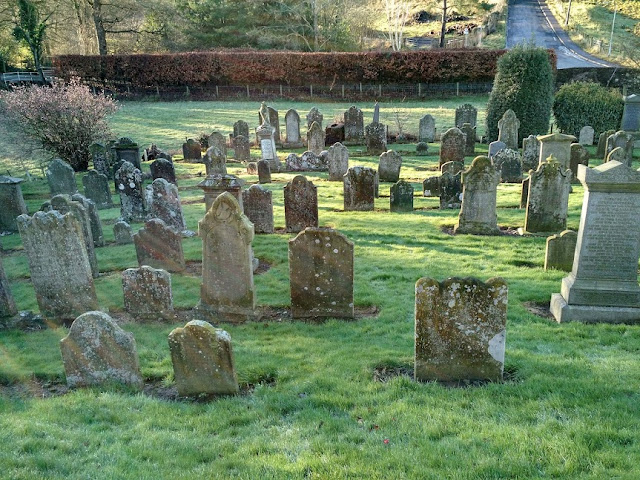 Posted by Madeline at 5:09 PM No comments: