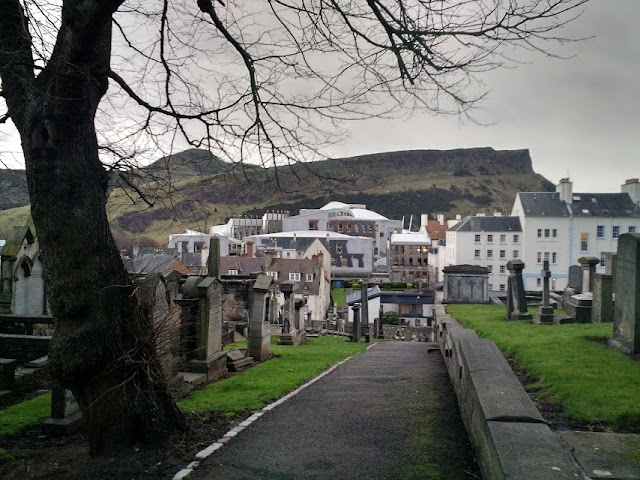 What's better than an old graveyard? One that is situated in the shadow of Arthur's Seat and the Salisbury Crags. I don't know if I ever mentioned this, but Scottish gravestones are different from American ones. They're generally bigger and thicker. They feel more architectonic and monumental. I attribute this to the fact that Scotland has extensive and easily accessible granite deposits. From a purely practical standpoint, stone was cheaper and easier to come by for Scottish people than it was for Americans of similar means.

That being said, graveyards in 18th- and 19th-century Scotland - as in the United States - represent landscapes of privilege. Old Calton Burial Ground is the final resting place of many prominent individuals, including philosopher David Hume, scientist John Playfair, and publishers William Blackwood and Archibald Constable. It is also the site of the American-Scottish Civil War Memorial, erected to Scottish soldiers who perished in the American Civil War. The "ordinary" people buried in the Old Calton Burial Ground and similar cemeteries were fairly well-to-do tradesmen, professors, and authors. 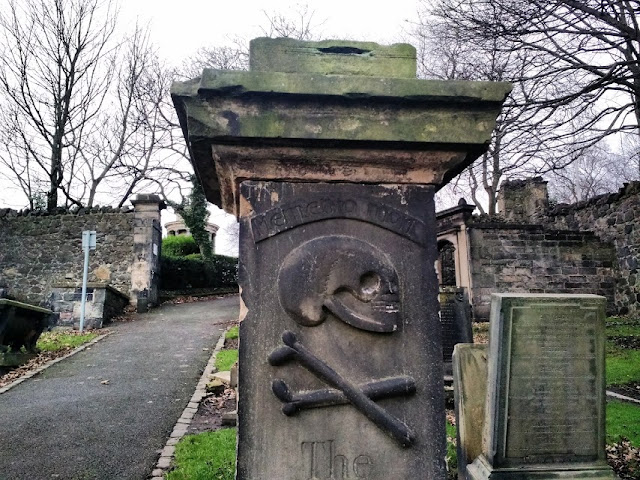 As for the motifs: the skull and crossbones is a fairly common find, and seems to have flourished roughly contemporaneously with the "death's head" in the American Northeast. However, the Scottish skull and crossbones is far less stylized than its American counterpart - perhaps attributable to Edinburgh's prominence as a center for science, medicine, and (most infamously) anatomy. In the years surrounding the Scottish Enlightenment, citizens of Edinburgh resorted to extreme measures to procure anatomical specimens for study. 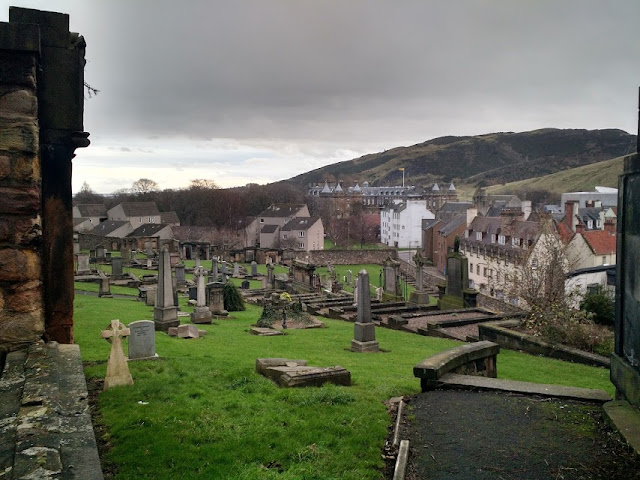