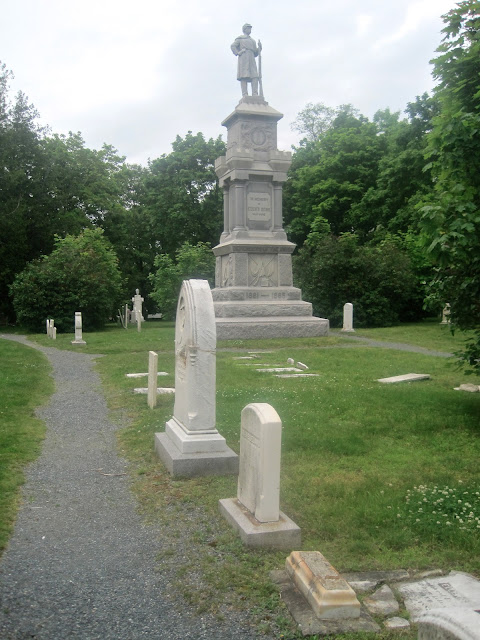 Mount Desert Street Cemetery, located between the Congregational and Episcopal Churches in Bar Harbor, was a very pleasant surprise. All cemeteries are unique, and I haven't been to one yet that didn't have something interesting to find in it, but this one was really special. What struck me first of all was the color of the stones. They are unusually white - milky and luminous. Are they made of a different material than the stones I'm accustomed to seeing at the Episcopal Cemetery, or are they just cleaner?

Cleaner isn't necessarily better. If a stone has been cleaned too rigorously, its details can take on a slightly fuzzy appearance. I'm not an expert on gravestone preservation, so I can't tell if the fuzziness of some of the engravings in this cemetery is the result of over-restoration or natural deterioration (I'm thinking specifically of the Captain Stephen Higgins stone, below).

In this cemetery I saw several stone shapes, motifs, and even names that I had never seen before. You could spend a lifetime tracing the typological sequence of gravestones in different places and eras. What I'm interested in is what that typology reflects about the character of the community.

For instance, if they were a community of seafaring folk. There are several ship captains buried in the cemetery (or commemorated, having been lost at sea). Obviously Captain Higgins's stone has had some work done to it. It was broken and repaired, and reset on a new base. Is the fuzzy quality of the anchor the result of an overly ambitious conservator who removed too much from the stone?

I can tell you one thing - the stone was repaired with an iron rod set into the stone. At least, that's my best explanation for the rusty color that's leaking out of the repair site. The Parthenon was repaired in the same way and it's caused a lot of problems. If there really is an iron rod inside the stone, the corrosion process will ultimately end up cracking the stone open again.

I had never seen an inscription of this design before (below). The "Miss" in front of Mary H. Higgins's name is enlarged like it's the first word in an illuminated manuscript.

There were a few stones of this material and willow tree design scattered around the cemetery, and they seemed to be among the older of the stones. I don't know what has caused the greenish color around the tree, but considering as it's applied fairly uniformly to the tree itself, I'm guessing it was intentionally applied by someone. I'm just guessing here, but could it be the residue from a badly executed gravestone rubbing?

The stone seems to have the engraver's initials or mark at the very bottom on the left.

The stone of Israel Havens indicates that he was a Free Mason.

Nearby are his parents, Christopher and Mary Havens.

Also, more Higginses, including the wife of Captain Higgins. I love the decoration around her name.

This Higgins grave is broken, but the two lovely Biblical names are still legible. Isn't Ezra a man's name (Ezra Pound)? I'm assuming that this Ezra is a woman, though.


I have seen "Gone But Not Forgotten" on graves before, but I don't think I've ever seen the motif of holding hands. I assume it stands for God or an angel leading the soul up to heaven.

I've never seen a stone of this shape. It looks almost like a little house. Notable: there was a couple named George and Georgia Grindle.

There was also a man named Fountain.

Another Higgins (in the background) and a Nickerson.


This monument, which was also shown in the first photo, was erected in commemoration of the local men who served in the Civil War. At that time, the town of Bar Harbor was called Eden. 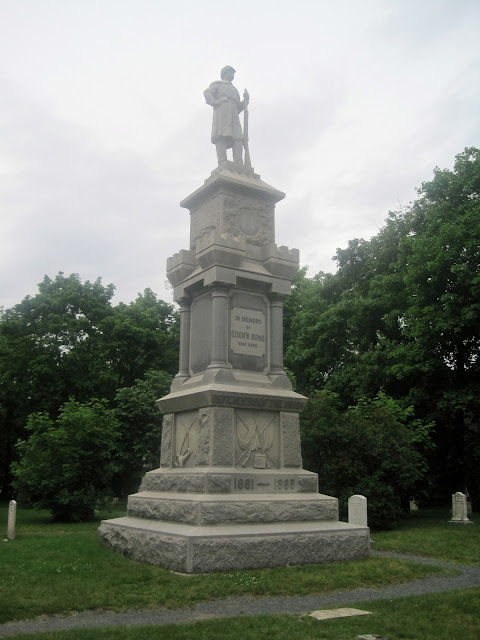 Here's one more photo of the cemetery with the Congregational Church in the background. 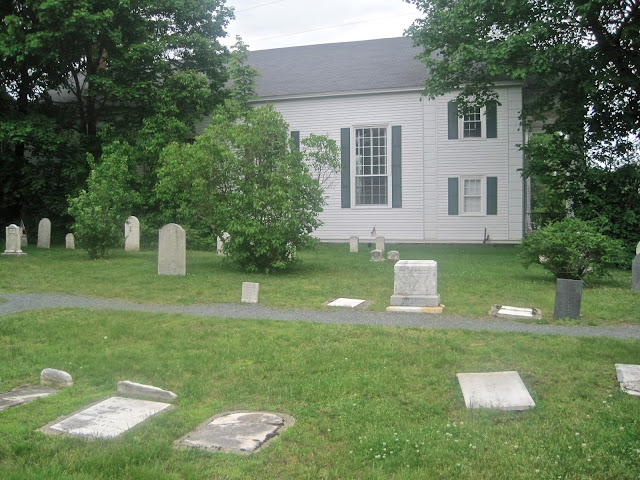